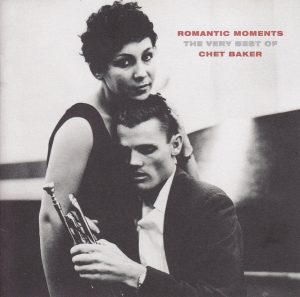 Trumpet Player, Singer (1929–1988)
American jazz trumpeter and singer Chet Baker became a star on the strength of such songs as “My Funny Valentine” before his career was derailed by drug use.

Jazz trumpeter and singer Chet Baker was born in Yale, Oklahoma, in 1929. He rose to stardom in the 1950s with Gerry Mulligan’s quartet and then as a bandleader, but encountered personal and professional difficulties after developing a heroin addiction. In 1988 Baker was in the midst of a late-career resurgence when he fell from an Amsterdam hotel window to his death.

Chesney Henry “Chet” Baker Jr. was born on December 23, 1929, in Yale, Oklahoma, and moved to the Los Angeles area with his family at age 10. The son of musically inclined parents, he sang in church choirs and tried his hand at trombone before turning to trumpet at age 13.

Baker dropped out of school at 16 to join the Army, and played in bands during his two stints in the armed forces as well as San Francisco jazz clubs while he was stationed in that city. In between, he was turned on to the music of Miles Davis and also became involved in the Los Angeles jazz scene.

In 1952 Baker’s musical career took off after he earned the chance to play with jazz great Charlie Parker. That same year, he joined saxophonist Gerry Mulligan’s piano-less quartet, and the pairing of Baker’s subdued tone and gentle phrasing with Mulligan’s ear for harmonies proved a dynamic combination that helped define the cool jazz sound. The quartet reeled off such favorites as “Walkin’ Shoes,” “Bernie’s Tune” and “My Funny Valentine,” which became one of Baker’s signature songs.

Named Metronome magazine’s top trumpeter in 1953, Baker formed his own quartet and began contributing his delicate vocals to songs, most notably on the 1954 track “Let’s Get Lost.” Blessed with movie-star looks, the popular trumpeter made his film debut in the 1955 war film Hell’s Horizon but turned down more acting work to set off on European tours in 1955 and 1956. However, Baker’s charmed life began to erode after he became addicted to heroin around that time.

Baker moved to Europe in 1959, ultimately settling in Italy, where he appeared as “Chet l’americano” in musical comedy Howlers of the Dock (1960). However, his continued drug use landed him repeatedly in legal trouble, with arrests in Italy, England and West Germany, the last of which resulted in his deportation to the United States in 1964. Upon his return, Baker recorded five records over a three-day period, but subsequent recording efforts were panned by critics. In July 1966, he endured a brutal beating by drug dealers that severely damaged his teeth and left him unable to play the trumpet properly for years.

Baker gradually regained his skills, with Dizzy Gillespe helping to set him on the comeback trail by arranging a concert at New York City’s Half Note club in 1973 followed by a reunion show with Gerry Mulligan at Carnegie Hall the next year. He returned to Europe in 1975, where he regularly performed and recorded despite essentially living as a nomad. Although years of hard living had withered his youthful voice and looks, many considered his output from this period to be among the best of his career.

Just weeks after delivering a lauded performance with the NDR Big Band and Hannover Radio Orchestra, Chet Baker was found dead outside his Amsterdam hotel in the early hours of May 13, 1988. His second-floor room window was open and drugs were found in his system, although it was never known whether his death was accidental or not.

In subsequent years, the release of Baker’s unfinished memoirs, As Though I Had Wings (1997) and James Gavin’s Deep in a Dream: The Long Night of Chet Baker(2002), provided details of the jazz icon’s troubled but memorable life and career. In March 2016 the Chet Baker biopic Born to Be Blue was released, starring Ethan Hawke in the role of the troubled jazz man.

An engrossing mystery of a life from master storyteller Patrick Modiano: winner of the Nobel Prize

The Caretaker (a novel) by Doon Arbus

A lush, disorienting novel, The Caretaker takes no prisoners as it explores the perils of devotion and

Just Us: An American Conversation by Claudia Rankine:

Synopsis: Claudia Rankine’s Citizen changed the conversation―Just Us urges all of us into it As