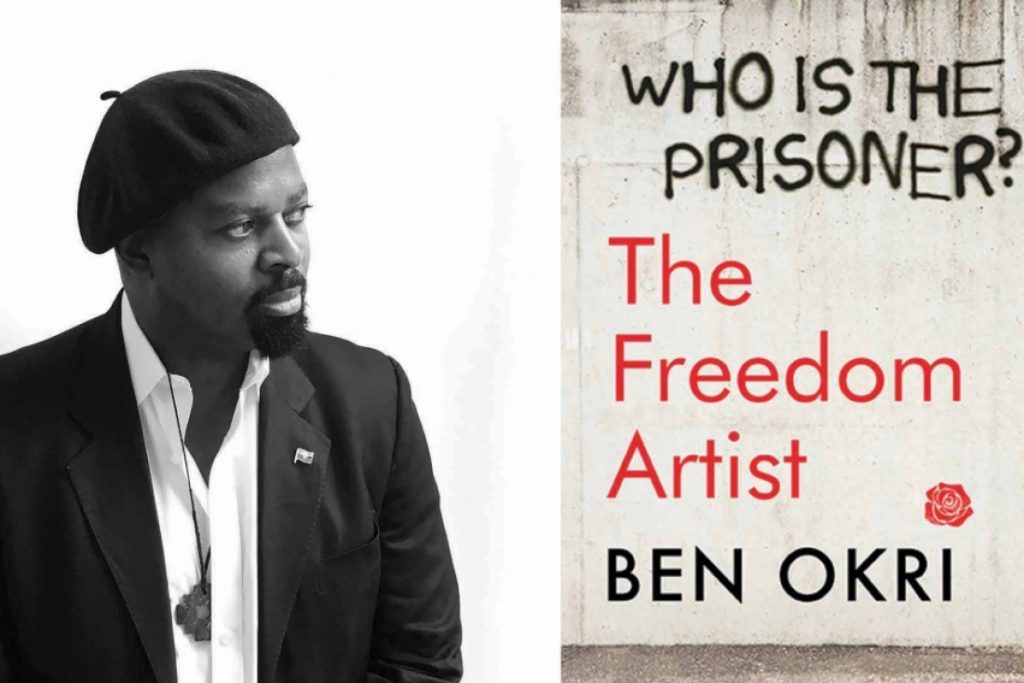 In a world uncomfortably like our own, a young woman called Amalantis is arrested for asking a question. Her question is this: Who is the Prisoner?

When Amalantis disappears, her lover Karnak goes looking for her. He searches desperately at first, then with a growing realization that to find Amalantis, he must first understand the meaning of her question.

Karnak’s search leads him into a terrifying world of deception, oppression, and fear at the heart of which lies the prison. Then Karnak discovers that he is not the only one looking for the truth.

The Freedom Artist is an impassioned plea for justice and a penetrating examination of how freedom is threatened in a post-truth society. In Ben Okri’s most significant novel since the Booker Prize–winning The Famished Road, he delivers a powerful and haunting call to arms.

“With the stark power of myth, this political allegory evolves into an argument for artistic freedom.” —The New York Times Book Review

“[With] prophetic warnings of apocalypse akin to Octavia Butler’s The Parable of the Sower, The Freedom Artist offers a contemplative look at post-truth society.” —Sierra Magazine

“The concise, declarative prose and the parable-like architecture of the stories resemble ancient forms of wisdom literature.” —The Wall Street Journal

“Combines fable, folklore, and mythology with moments of surreal horror to produce a rallying cry against the oppressive institutions that would seek to make knowledge illegal.” —Locus Magazin

“Fiction’s master of enchantments stares down a real horror, and without blinking or flinching, produces a work of beauty, grace, and uncommon power.” —Marlon James, author, Black Leopard, Red Wolf

“The notion of the human condition as a prison or a dream state runs through western literature, from Plato through to Boethius, Chaucer, Shakespeare, Calderón de la Barca and all the way to Kafka, Camus, Borges and plenty more. Ben Okri’s 11th novel, The Freedom Artist, invokes all these preceding stories in a multilayered allegorical narrative that cuts to the heart of our current political and cultural malaise, while maintaining a mythical, mesmeric flavour that makes the reader feel these are stories they have always known. . . . The pared-back style often feels closest in tone to the Fictions of Borges. . . . It is possible to read particular instances of current affairs or recent history into The Freedom Artist, but this is not a book that is so easily pinned down. It’s savagely political, disturbing and fiercely optimistic, the deeply felt work of a writer who refuses to stop asking the hardest questions.” —Guardian

“Just as you’re thinking, ‘So this is what Dave Eggers’s The Circle would be like if it were written by a poet,’ Okri slips you a shot of ayahuasca and things get decidedly freaky and apocalyptic . . . A beautiful and timely appeal for the importance of books, subversive stories and love.” —Times

“Okri’s most significant novel since his Man Booker Prize-winning masterpiece The Famished Road, The Freedom Artist weaves together ancient myth and modern politics for an impassioned story primed for the post-truth age. A story of love and loss, fiercely told and impossible to ignore.” —Waterstones, one of The Best Books to Look Out For in 2019
–This text refers to an out of print or unavailable edition of this title.

Ben Okri is the Booker Prize-winning author of The Famished Road. He is considered one of the foremost African authors in the post-modern and post-colonial traditions. His other prizes and honors include the Commonwealth Writers Prize, Aga Khan Prize for Fiction, Guardian Fiction Prize, Order of the British Empire, and many more.
Share this

The Window Seat: Notes From A Life In Motion by Aminatta Forna