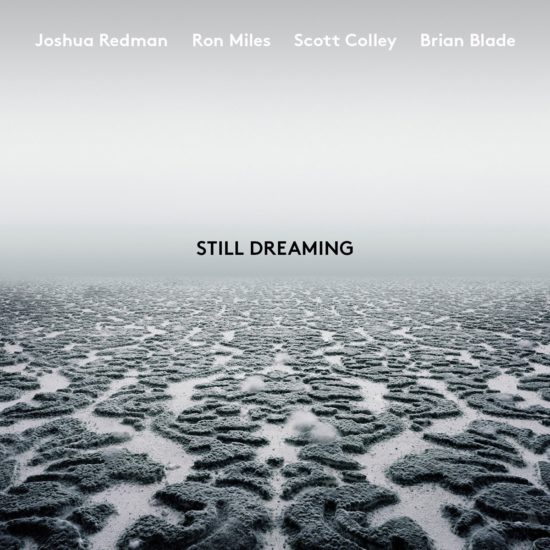 When Joshua Redman formed Still Dreaming a couple of years ago, the group’s name and instrumentation—Redman on saxophone, Ron Miles on trumpet, Scott Colley on bass, Brian Blade on drums, no chordal instruments—were clearly meant as a reference to his late father Dewey Redman’s Old and New Dreams, which was itself a kind of continuation of Ornette Coleman’s classic quartet (consisting as it did of four former Coleman bandmates). That’s a potentially heavy historical burden for any band to carry, so it’s remarkable that Still Dreaming’s first album is characterized more than anything by its lightness.

This music has a permanent spring in its step; even when it slows down, it continues to dance. Colley’s “New Year” and Redman’s “Unanimity,” which open the album, are both giddily celebratory, with racing back-and-forth themes punctuated by sudden lateral moves. Like Coleman and Don Cherry, Redman and Miles have a special symbiosis, circling each other in a way that’s just out-of-line enough to be perfect. And as the lowdown “Blues for Charlie” demonstrates, they too share a deep grounding in the blues.

Harmonically speaking, Still Dreaming leans more toward the conventional than either Coleman or the elder Redman; chord changes may not be played, but most of the time they’re obviously implied. On the rhythmic side, the album becomes freer as it goes along, reaching a peak on—appropriately enough—a haunting rendition of Coleman’s “Comme Il Faut.” Redman pushes his tenor into its highest register for the final statement of the tune as Colley and Blade set off fireworks behind him. The moment has all the gravity of an invocation, and yet, like every track on Still Dreaming, there’s also an airy quality to it that simply radiates joy.

[Sign up here for the JazzTimes enewsletter with the latest news and stories from the jazz world.]

An Orchestra of Minorities: A Novel by Chigozie Obioma